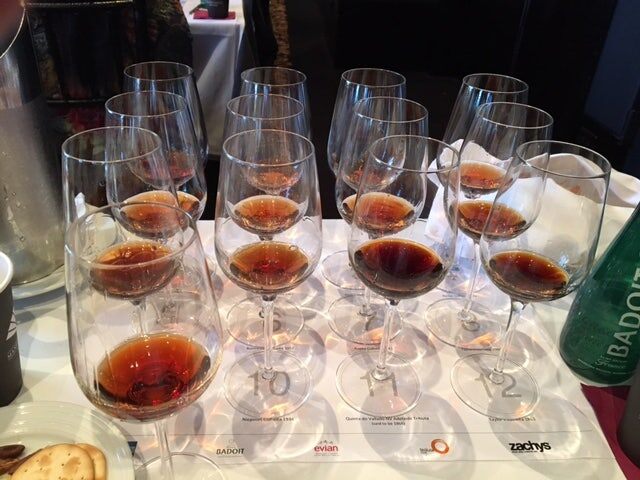 Home Podcasts Wine With Me

Saturday at The Mandarin Hotel in New York City, wine enthusiasts from around the world gathered for Matter Of Taste, an exclusive event held by The Wine Advocate and eRobertParker.com featuring producers and vintages handpicked by the publications' expert team.

"We really only wanted the best of the best," said Lisa Perrotti-Brown, a Master of Wine and Editor in Chief of The Wine Advocate and erobertparker.com. "It was almost like picking children. And in some cases it wasn't about who's the best known or who's the most famous. It's about little known people as well you really want to push out there."

One of the major criteria of the wines featured at Matter of Taste was that each wine had been scored a 90 or above on Robert Parker's highly regarded scoring system. According to the Robert Parker system, all wines begin with a score of 50, with a perfect score being 100. "The average scores here are higher," said Monica Larner, Italian wine reviewer for The Wine Advocate and eRobertParker.com. "It gives our subscribers a chance to connect with our palate and they can see where they stand on those wines as well."

Another aspect of Matter of Taste are the Master Classes which are held throughout the day. During these classes, the winemakers themselves explain the winemaking process from producing to storage, as well as the history of the regions they come from. "Sometimes you need to meet the winemakers, that's the great thing about this. It's not just the wines, it's the people behind those wines. It's the people who created this out of their vision," said Perrotti-Brown. One such class, "A Century of Colheitas," featured vintage ports that were aged from fifteen years to a Taylor's Colheita from 1863, which needed to be decanted and served at the precise temperature.

Events like Matter of Taste are part of a growing interest in wine, which include festivals from New York to Napa Valley, to films and television shows focusing on being a sommelier like SOMM and Uncorked. "Millennials are drinking way more wine more than any other group, and spending more than the baby boomers on wine," said Perrotti-Brown. "I really think it's this younger generation that's coming in, they're super excited about wine.  Maybe they challenge our old ways and our traditions, and that's great."

The biggest way millennials have been engaging other in their love of wine is though social media. Whether it's labels on bottles or pictures of glasses, it seems everyone is sharing what they're drinking, as well as what their doing." "The rise of the iPhone has affected the rise of wine," said Larner. "I try to do three pictures a day on Instagram, one food picture, one kind of monument, and one wine label. And I always notice the one wine label gets more likes, gets more comments. It's always that." Perrotti-Brown added, "My husband complains that I have more pictures of wine labels on my phone than I do of him."

So whether your enjoying a 98-point Sauternes from Chateau Suduiraut (featured at the event), or even a wine produced locally, it's easier than ever to find a bottle to enjoy. "What we're all about at Matter Of Taste, is to make it be fun, to get rid of all the snobbery that's associated with wine," said Perrotti-Brown. "There's got to be something for everybody."

Cuddle Up with Pizza and Wine 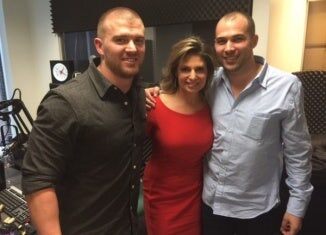 What’s Up With These Next-Gen Winemakers? It’s Complicated… 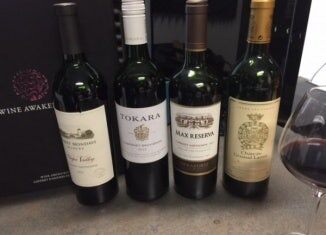 For Many, the King of Red Wines: Cabernet Sauvignon