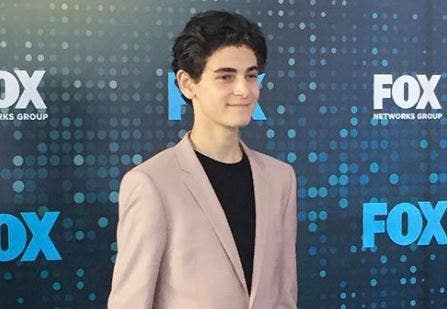 I’m Ashley Dvorkin with a FOX Celebrity Profile on ‘Gotham’s’ Bruce Wayne David Mazouz, who just turned 17. He spoke about looking back at these past 4 seasons of ‘Gotham’ and seeing how he’s basically grown up on the show!:

(Mazouz) “The weirdest thing for me is my voice… My voice had changed so much just throughout the course of season 1 that I was watching episode 16 and they showed like a clip from the 5th episode of that season and (does high pitch) My voice is like up here in the 5th episode and then the very first scene of the 16th episode was me talking to Alfred and my voice was like (low pitch) It wasn’t as low as it is now obviously, but it was lower and I was like ‘Oh My God, I really have changed a lot.'”

Coming up on the series, he says look out for returning characters from the show’s history:

(Mazouz) “We have somewhat of a rogue’s gallery team up of all of the villains that we know from all four years of the show are coming together to reap havoc on ‘Gotham’ because why not and Bruce is going to be very involved.”