New technology is being developed to help protect our troops on the battlefield.

FOX’s Jonathan Serrie has the details in our ongoing series on national security:

Improvised Explosive Devices or IED’s are the weapon of choice for insurgents. But military contractor TenCate Advanced Armor says its developing a new device that can cut deaths and injuries in half for certain vehicles. In the blink of an eye, the Active Blast Countermeasure System detects an IED explosion and then delivers a series of upward blasts from units placed on four corners of the vehicle. The recoil from those blasts keeps the vehicle on the ground and reduces shock on the troops inside.

Edwards: “It synthetically increases the weight of the vehicle in a microsecond.”

Tencate’s Mark Edwards says the system will allow the military to become more nimble when it comes to ground transportation for U.S. troops.

Edwards: “One of the things we wanted to do was bring back the ability for the military to have very light vehicles without sacrificing survivability. Our system does that.”

TenCate is working with the U.S. Army on a multi-year cooperative research and development agreement to further evaluate the system.

Watch the VIDEO below for more on this story: 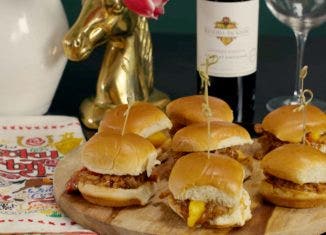