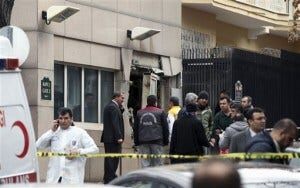 An explosion has been reported outside of a U.S. Embassy in Turkey. 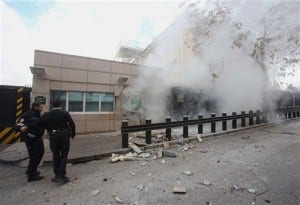 The attacker detonated explosives outside the U.S. Embassy in the Turkish capital Ankara. He killed himself and a guard, and wounded a couple others.

A police official says the bomber most likely came from the Revolutionary People's Liberation Front. The U.S. lists them as a terrorist group.

In a statement, the U.S. Embassy thanked Turkey for its solidarity and outrage over the incident. 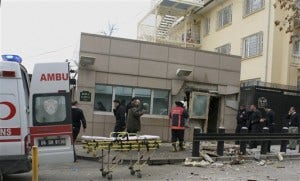 Officials in Washington quickly label the bombing of the U.S. Embassy in Turkey as terrorism. 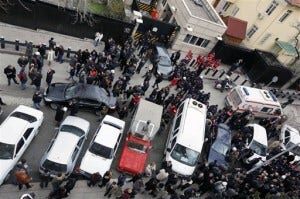 (Biden) "I don't have much detail but it was characterized by our embassy as a terrorist attack on our embassy in Ankara."

The State Department confirmed an explosion they identify as a terrorist attack occurred at a check point on the outer perimeter of the U.S. Embassy compound in Ankara, Turkey. The Department says it's working with the Turkish National Police to assess the damage and casualties and to begin an investigation.