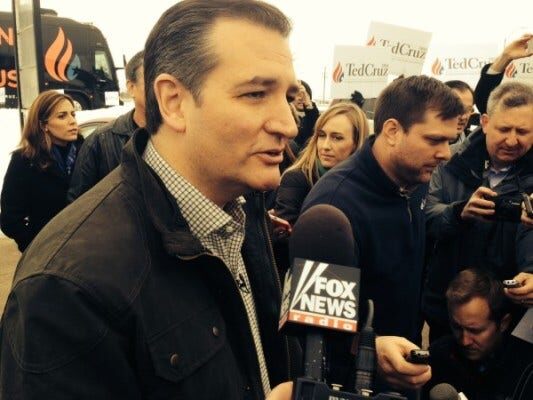 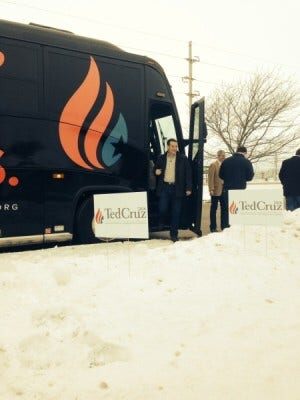 Ted Cruz begins a six-day, 28 county bus tour here in Iowa, dubbed "Cruzin' to Caucus", beginning at a small Christian bookstore here in Boone, where a packed crowd of voters extended out the door.

(Cruz) "I could not be more encouraged by the support we're seeing on the ground. What we are seeing happening is we are seeing Conservatives coming together."

And Evangelicals also make up a growing block of support for Cruz here, who he leads in most polls in Iowa, and who will spend the coming days getting a lot of face time and shaking many hands , ahead of next month's Iowa Caucus.