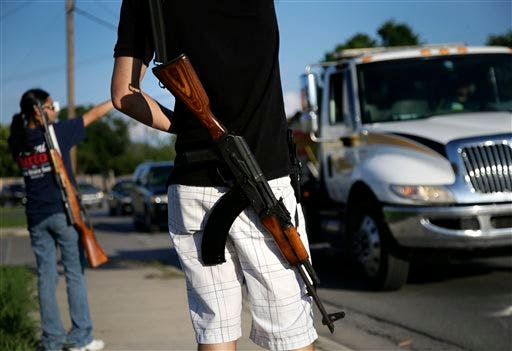 In this latest Bullet Points podcast- Knicks Point Guard Ray Felton has his day in court, Republican investigators are turning up the heat on Attorney General Eric Holder and the Obama administration, and Chili's and Sonic join a list of chain restaurants asking patrons to leave their guns at home - in response to Open Carry Texas' wave of protests throughout Texas.

Join FOX News Radio's Jessica Curtis for Bullet Points-- a look at all the latest news and views for America's shooting community:

Editor's Note: The NRA is rolling back a criticism of open carry rallies in Texas. Chris Cox, the executive director of Institute for Legislative Action -- which is the NRA's lobbying arm -- said in an interview that the statement was a "mistake".