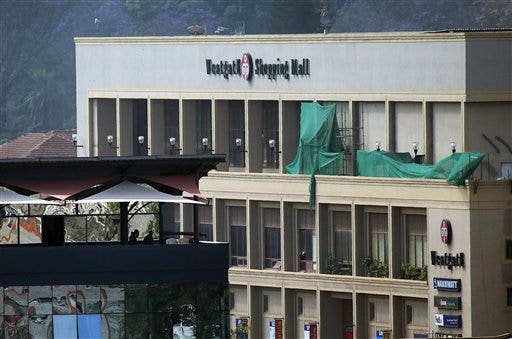 The siege at a shopping mall in Nairobi, Kenya is over, but there are many aspects of the terror attack that are still unknown.

Kenya's Interior Minister says he can't confirm yet if there were British or American attackers but says they're holding suspects:

(Kenya's Interior Minister Ole Lenku) "We have killed five terrorists and we say we have ten of them held up for investigation with security agencies."

He added that he doesn't predict the number of dead to rise significantly and they only expect to find the more bodies of attackers inside the mall. More than 65 people have now died in the attack. Kenya has begun a forensic investigation with experts from the US, Britain and Israel.