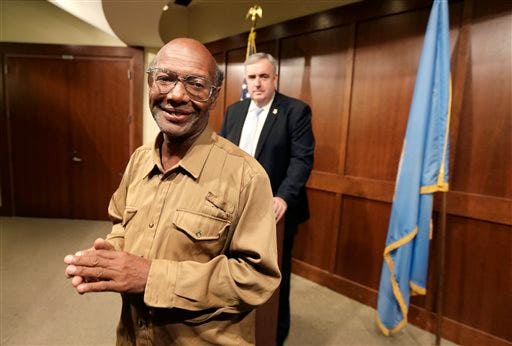 A homeless Boston man who was praised for his honesty may soon be paid for it.

Glen James had no idea when he turned into police a backpack full of money he found over the weekend that it would make him rich.

The homeless Boston man was modest when police gave him a special citation for his honesty Monday:

What James did, giving up $42,000 in found cash and travelers checks, inspired a Virginia man so much he's raising money for James on a 'gofundme' website. Over $100,000 in donations have poured in. Ethan Whittington hopes to get a quarter million and he says all of it will go to the homeless Boston man.