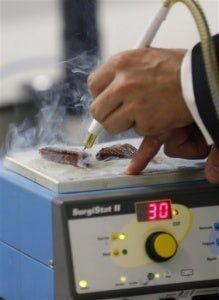 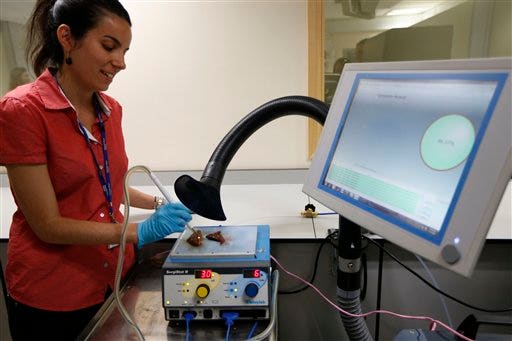 A surgical knife being developed in England may help doctors know if they have removed all malignant cells from a cancer patient.

(Dr. Kneebone) "The intelligent knife uses mass spectrometry to analyze the smoke that comes out of an organ when a surgeon cuts it up to tell almost instantly whether it's benign or malignant."

A monitor instantly shows the results, saving the time it takes to send tissues to a lab.

The developers say the knife and its hardware cost nearly $400,000, but expect the cost to drop if the technology is developed commercially.