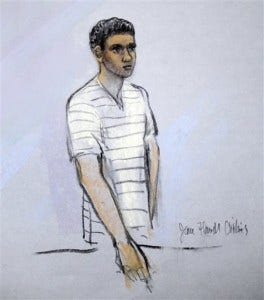 One of the accused Boston bomber's friends who was arrested last week will be getting out of jail for now, but he won't exactly be free.

Nineteen-year-old Robel Phillipos is released from federal custody on $100,000 bond. A family friend putting up real estate as collateral.

Phillipos will wear a GPS bracelet, unable to leave home confinement. He'll also undergo random drug tests and is forbidden from having firearms.

He's accused of lying to the FBI multiple times when they asked him about the disposal of items from his friend, accused terror suspect Dzhokhar Tsarnaev's dorm room in the days following the deadly Boston attack.

Click HERE to read more on the Boston Marathon bombings