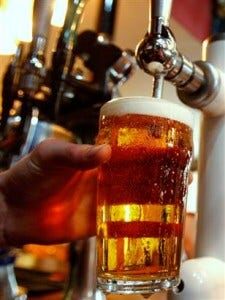 Grab a drink and raise a glass because April 7th is a day to celebrate for beer drinkers. 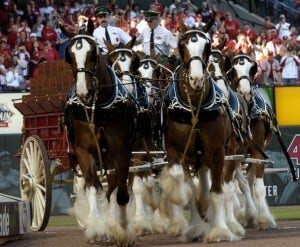 (Okrent) “After 13 years of Prohibition, when nothing with more than 0.5% alcohol was legal, suddenly beer was legal.”

…Beer and wine, up to 3.2% alcohol.  Daniel Okrent, author of a book on Prohibition, “Last Call,” and curator of a National Constitution Center exhibit about it:

(Okrent) “People who had been for prohibition suddenly found that it wasn’t a necessary moral position because the government needed money.”

Budweiser sent out teams to its now-famous horses.

(Okrent) “And there were two sets of Clydesdales, who delivered the first cases of Bud.  One went to the White House and one came to the Empire State Building, where the office of former. Gov. Al Smith was located.”