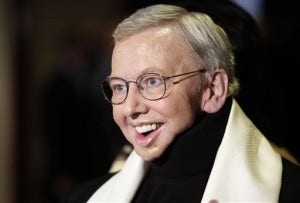 Just a day after announcing his cancer had returned and he was undergoing radiation treatment, legendary film critic Roger Ebert has died. 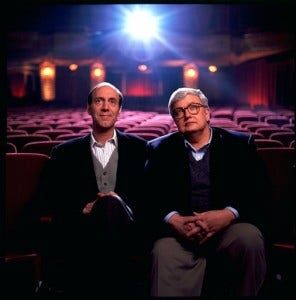 In announcing the recurrance of his cancer, Roger Ebert blogged that he was taking a "leave of presence" and was looking forward to critiquing movies he loved.  Roger Ebert, known for his thumbs up/thumbs down TV reviews has died at the age of 70.

(Flannery) "Genius of a writer, a brilliant man and a huge asset to Chicago."

Ebert was diagnosed with thyroid cancer in 2002 and later had surgery for cancer of the salivary gland.  He lost his chin and the ability to speak, but took to the internet to do his reviews.

On April 17th, the Ebert Film Festival will kick off in Champaign, Illinois without its namesake. Did you know that Gene Siskel & Roger Ebert's famous thumbs up/thumbs down ratings were for legal reasons?

In a 1987 interview, Ebert discussed the reason for ratings and his own opinion of his critiques: 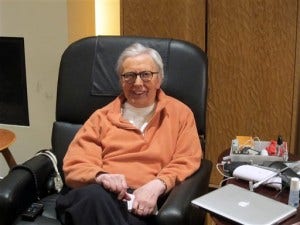 FOX News Radio's Sabrina Sabbagh has more on the career of Roger Ebert: Roger Ebert was a Pulitzer Prize-winning movie critic who became as famous as many of the stars in the films he reviewed.

(Ebert) "This is the most intelligent and involving movie..."

He started out at the Chicago Sun-Times and joined movie critic Gene Siskel from the Chicago Tribune for a review who, which is where the thumbs-up-or-down rating system was born.  When Siskel died in 1999, Ebert continued the show with Richard Roeper.

In mid-2006, Ebert suffered post-surgical complications from thyroid cancer and was unable to speak, but still gave reviews with the help of voice technology.

(Ebert - Computer-Generated Voice) "And I give it a big thumbs up!"

He was still working up until his death at 70 years old.