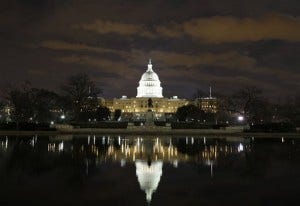 There's still no compromise in the effort to get rid of those sequester budget cuts, but some Washington power players are looking at a possible bright side to sequestration. 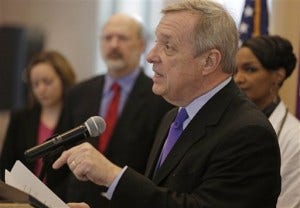 Sequestration may be a growing problem, but it's also an opportunity, according to Illinois Democratic Senator Dick Durbin, who wants all sides to come together.

(Sen. Durbin) "And come up with an answer that is sensible to deal with sequestration, as well as with the remainder of this year."

Durbin referring to the need to pass a bill to keep the government in business past March 27th.  One Republican says that's a great idea if:

(Rep. Kelly) "We can handle this in a thoughtful way, but it takes a thoughtful President who's thinking about what's best for the country."