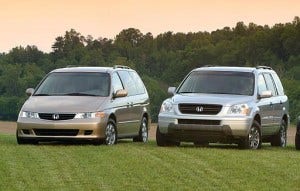 Honda has issued a major recall for over three-quarters of a million vehicles because a worn out mechanism can allow them to just roll away, even without a key.

Faulty ignitions behind the recall of more than 800,000 Honda minivans and SUVs in the U.S.  The danger: They can roll away unexpectedly after drivers remove the key.  The issue is that in some vehicles, the mechanism locking the key into the ignition can wear out, allowing drivers to remove keys without shifting into park.

Government records showing reports of 16 crashes and two injuries from the issue.  Owners getting notices starting in February and dealers should fix the problem for free.

CLICK HERE for additional details on the recall of Honda & Acura minivans & SUVs.