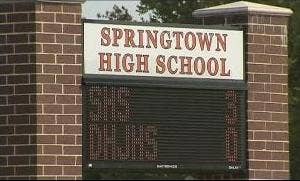 A Texas school district has responded to controversy over one of its punishment policies by making what some parents are calling an even more controversial change to it.

That violated the district's policy, which said a male administrator could not paddle a female student, or vice-versa. Not anymore. Monday night, the school board loosened that policy, allowing it as long as a female adult is present. Jada's mother, Cathi, isn't satisfied.

(Cathi Watt) "If I put a mark on her and send her to school, CPS is gonna knock on my door.  No authority, no school official, should be able to bruise my child."

The superintendent apologized for allowing the principal to paddle Watt and another female student.

Corporal punishment is legal in 19 states.