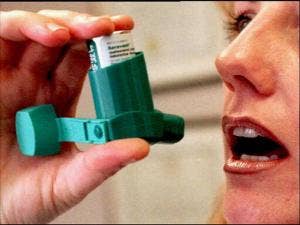 Millions of Americans suffer from a common respiratory disease that doesn't have a cure...and the number of those inflicted continues to rise.

U.S. asthma rates are higher than ever.  New findings from the CDC show that nearly 30 million people suffer from asthma, including 7 million who are under 18.  The government survey finds that even though the rate has increased since 2001, the number of people who die from the condition dropped by 33%.

It's still not clear how to prevent asthma from developing, and experts say a cure isn't in sight.