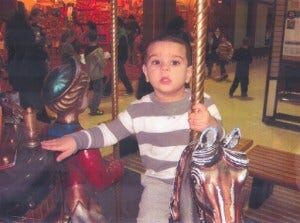 Police in Washington State are taking another look at the story of a mother about what happened to her missing child.

Two year old Sky Metalwala has been missing since Sunday. His mother said she ran out of gas and walked a mile to get some more, leaving sky in the car. When she returned, the boy was gone.

Bellevue Police Major Mike Johnson said the car contained enough gas to run it for some distance, and he was asked if that means the mother was lying. Johnson's answer: