The economy has been plaguing Democrats ahead of the Midterm elections as inflationary costs have hit the wallets of families across the country. Although the party has been placing emphasis on lower gas prices and a strong job market in order to change the minds of voters, the Fed’s aggressive rate hikes in the fight against inflation are leading to greater concern over a potential recession. Liz Claman, host of the Claman Countdown on FOX Business and the Everyone Talks To Liz Claman podcast joins with a broad look at the current state of the economy and job market. She discusses how rate hikes are impacting Americans and gives her predictions of what the economy will look like by the end of the year.
Latinos are expected to play a large role in the upcoming Midterm elections, not only as voters, but as candidates as well. The election of Rep. Mayra Flores (R-TX) and other Republican Latino candidates is signifying a shift towards the Republican party amongst the rapidly growing demographic. Although a majority of Hispanic voters have previously voted Democrat, there’s a growing trend towards conservatism in recent election cycles. Republican Strategist Colin Reed explains why the Democratic party is becoming less popular among Latino voters, why certain candidates are attractive to the demographic, and what the Republican party must do in terms of messaging.

Democrats Set Sights On A Win In Georgia 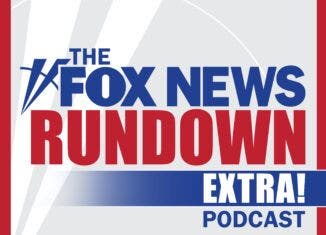 From Washington: Early Voting Surge Ahead Of Georgia Senate Runoffs