On Fox Across America with Jimmy Failla, Fox News Sunday Anchor Chris Wallace responded to the President's announcement that coronavirus briefings will return as early as tomorrow.

"I think that's a really good and smart idea, if it's less politics, frankly, less President and more the public health experts. I think that that the President has gotten himself into a trap, and it came out in the interview yesterday where it looks like he is denying the reality."

"When you when you have 70,000 new cases a day, when you have a thousand deaths a day, when you see places across the country, there's no two sides to that argument. And you can't spin the virus. You've got to say this is serious and we're going to have to deal with it, and if we move too fast to open things up, then we're going to take care. He's got 100 days to convince people that I that he really does care and he really does have a national plan. And restarting the task force meetings, if they seem professional enough, they seem about the science. I think is a really smart idea."

Rep. Thomas Massie: Compared To The Government, “The Mafia Is A Light Touch”

Johnny “Joey” Jones: Biden Won’t Win 2020, But Coronavirus Could Lose It For Trump 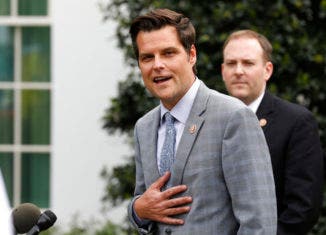 Rep. Matt Gaetz: Liz Cheny Is “Using Her Position To Attack Our Members” In Congress 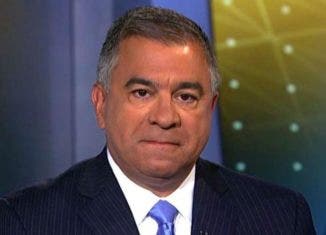 David Bossie: Trump Is “An Animal Trying To Rip Your Face Off” During Debates