Dana Perino, former White House Press Secretary, co-host of Fox News Channel's "The Five" and host of "The Daily Briefing" and Chris Stirewalt Fox News Politics Editor and host of "Power Play", run through the daily goings on in the world of politics.

Plus, Dana's preps for a trip to Denver and Chris takes on trivia.

LISTEN to "Perino & Stirewalt: I'll Tell You What":

Plus pick up her books: "And The Good News Is..." and "Let Me Tell You About Jasper"

Click HERE for more "Perino & Stirewalt: I'll Tell You What" Double or Nothing: Is Bernie Out? 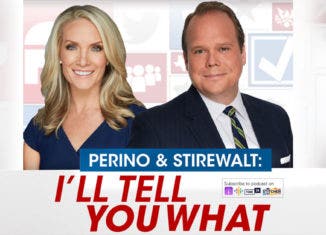