The third hour of the Tom Shillue Radio Show on FOX News Talk!

Commentator, author and chaos advocate Michael Malice joins Tom Shillue to explain why he thinks Trump's comments about the NFL protesters was a trap for the Left and a genius move! Then, conservative pundit and Former Miss America Kirsten Haglund stops by to give her take on the Trump's war with the NFL! Then, Tom Shillue asks both Malice and Haglund about the 10 year anniversary of the Kardashian phenomenon and college campuses installing vending machines that offer birth control.

Download, enjoy and please give us a review! And remember to listen to The Show Shillue Show LIVE Monday through Friday 3-6 pm Eastern! Find out more at TomShillueShow.com 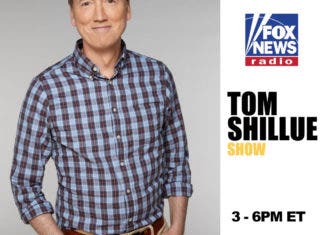