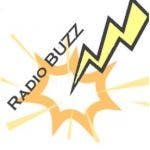 President Obama - doing just that - with a bill which would make it easier to foreclose on homes.

The White House saying the President will NOT sign the bill into law until it is "fixed".

"The President seized on this legislation - as a way to show that he's in favor of doing things to keep people in their homes - just as the election season kicks into high gear for the midterms."

The bill -would allow notarized documents -- including foreclosure documents - sent across state lines electronically to be legally acceptable.

Republicans argue there is no connection between the bill and foreclosure problems.

Also getting a TON of buzz:

The National Republican Senatorial Committee under fire for a casting call document.

"I looked at that ad, and I watched over and over again, and first off - I don't find it the slightest bit offensive at all - I don't think they are stereotyping anyone -  they are just a couple of guys that are having a conversation.  And they resemble people I guess you might find in West Virginia or you could find anywhere. So I don't understand what is the big uproar about this - why is this being pitted as such a controversial matter."

That was Ryan McCormick - publicist with Goldman McCormick Public Relations speaking with Bob at WTVN.

The NRSC saying that no one at or associated with them had anything to do with the language used in the casting call and has stripped the ad off youtube.